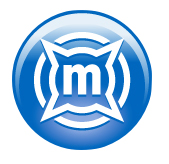 The most recent edition of The Mac Roundtable featured a discussion of Mac User Groups.

The panel of Katie Floyd from The MacCore and MacPowerUsers. Victor Cajiao of TypicalMacUser and TypicalShutterbug, Steve Stanger of The Mac Attack and MUG Center editor Chuck Joiner covered upgrading vs. buying a new Mac, and how the impending release of Snow Lepoard might affect your decision, and then turned to the subject of Mac User Groups. Victor shared some quite surprising concerns over attending his first MUG meeting and Chuck discussed the state of Mac User Groups, what being “recognized” by Apple means, and more. If you’re wondering how new Mac users might perceive your group and what you need to do to overcome their perceptions, you need to listen to this show.