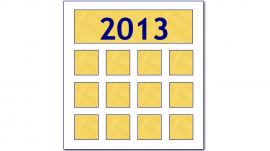 A busy week on The MUG Event Calendar is leading up to a major holiday in the United States.

Macworld Senior Editor Christopher Breen will present to a California group, while Apple’s Aaron Davis will be in Washington D.C. to talk about the newest from the mothership. Adobe’s Al Mooney will be speaking at a two differentcreative pro user group in California and feature film editor Alan Bell will make two appearances at Final Cut groups in Georgia and Massachusetts.

There’s only one reason your group’s event isn’t listed on The MUG Event Calendar, and that’s because you didn’t send it to us.  Email the details of your next meeting to The MUG Center and get listed and and included in our weekly MUG Center Briefing.