The MUG Event Calendar for the Week of November 19: David Pogue, Mountain Lion and Apple Hardware 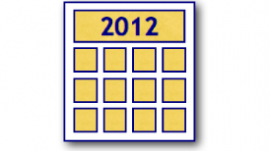 The Thanksgiving holiday in the United States slows down, but doesn’t stop The MUG Event Calendar.

David Pogue of The New York Times will iChat with one California group, while Mountain Lion is at the top of the bill at another, as well as an Arizona group.

Most other groups are planning on surprising their members with their meeting topics, except for one California group, who will feature all of the new Apple hardware.

Yes, your group’s meetings could appear on The MUG Event Calendar and in our weekly Briefing. Just email the details of your next meeting to The MUG Center and we’ll get it listed. We want to hear from you.

The week’s full set of listings include: